Just because the NFL, NBA, and NHL are in full swing doesn’t mean the MLB is dormant this winter.  In fact, deals are being made year round in baseball.  The Los Angeles Angels just announced the signing of a Japanese phenom, Shohei Ohtani, to their roster.  A pitcher by trade with a 100 mph fastball, Ohanti also has the ability to swing the bat; however we will be focusing on another player on the Angels roster today, Albert Pujols.  Albert is a seventeen year veteran in the MLB and is on his way to the Hall of Fame.  His success on the diamond has led to Albert Pujols’ net worth to be $100 million. 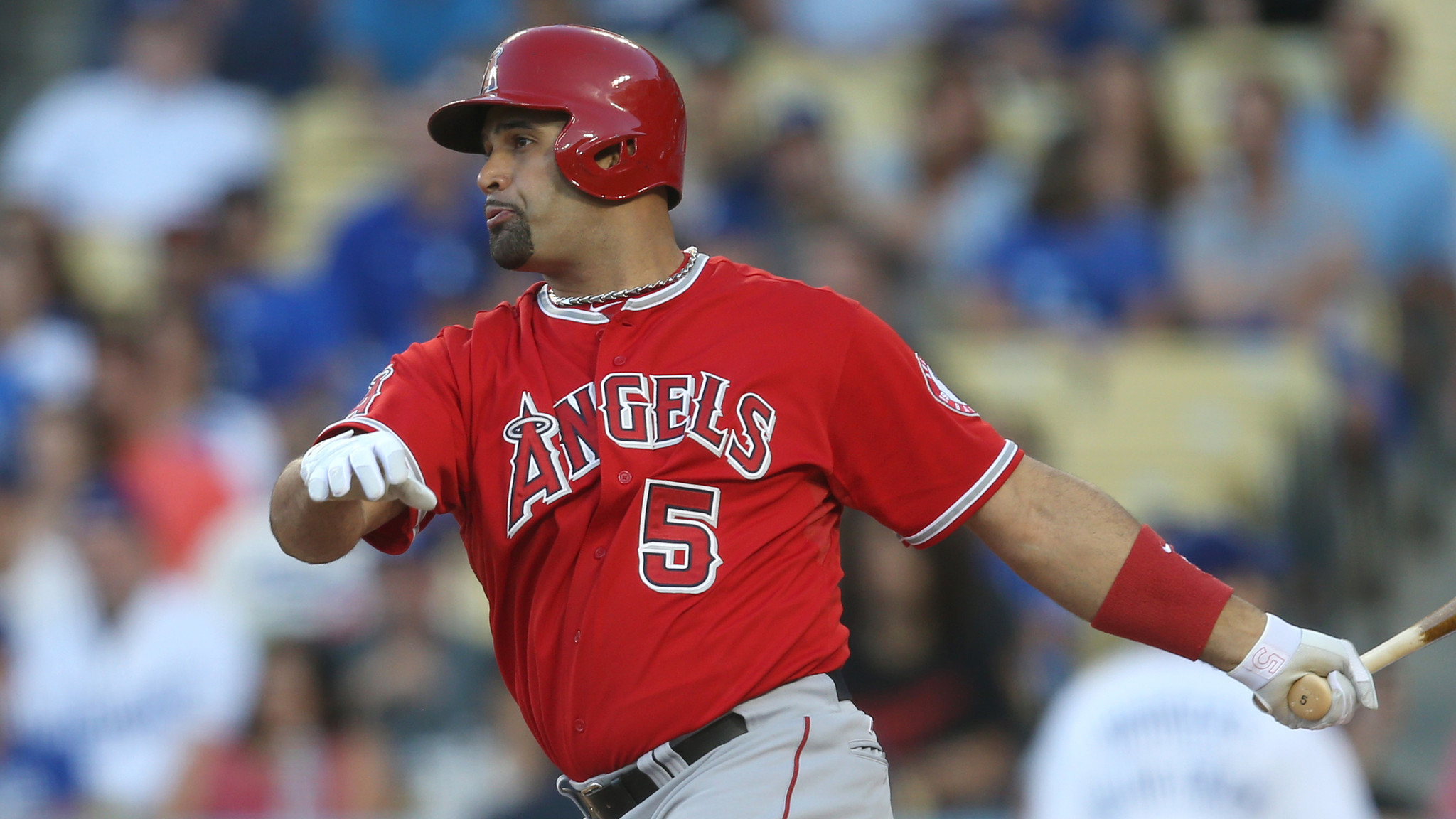 In January of next year, Albert Pujols will turn 38.  Although he might be nearing the end of his MLB career, he still has four years remaining on his current contract with the Los Angeles Angels.  Pujols emerged onto the MLB scene back in 2001 when he made his rookie debut with the St. Louis Cardinals.  He spent the first eleven seasons of his professional career with the Cardinals where he helped lead the organization to two World Series titles.  Pujols has been tabbed an All-Star ten times during his career, nine of those came while he played in St. Louis.  After leading the Cardinals to the 2011 World Series Championship, Albert became a free agent and eventually signed a massive contract with the Angels.  The contract, $240 million over ten years, would give a significant increase to Albert Pujols’ net worth.

Many experts believe that Albert Pujols is destined for the Hall of Fame.  Throughout his seventeen year career, he has over 600 home runs and nearly 2000 RBI’s (Runs Batted In).  On top of that, his career batting average currently sits above .300.  In addition to his incredible performances behind the plate, Albert is also known as a superb fielder.  He has been the recipient of two Gold Glove awards which is annually given to players who exceed at their respective fielding positions in both the National League and American League.

The majority of Albert Pujols’ net worth comes from his nearly two decade long success on the baseball field.  His career earnings in the MLB are over $240 million, and he is expected to earn an additional $114 million over the next four years of his contract with the Angels.  With these future earnings being almost a sure thing, we can expect Albert Pujols’ net worth to increase by at least another $50 million over the next four years.

Albert and his wife, Deidre, have been married for nearly eighteen years and the couple has a total of five children.  In 2005, they started the Pujols Family Foundation which supports families who are affected by Down syndrome.