Many professional athletes take a few years to develop at the next level before they become a top performer.  While LeBron James and Bryce Harper are exceptions to this rule, it can be seen through every professional sport.

Victor Oladipo is a prime example of someone who has found his stride after a few years in the NBA.  The former number two overall pick in the 2013 NBA draft, Oladipo is now getting paid for the value he brings.  Victor Oladipo net worth sits at $12 million. 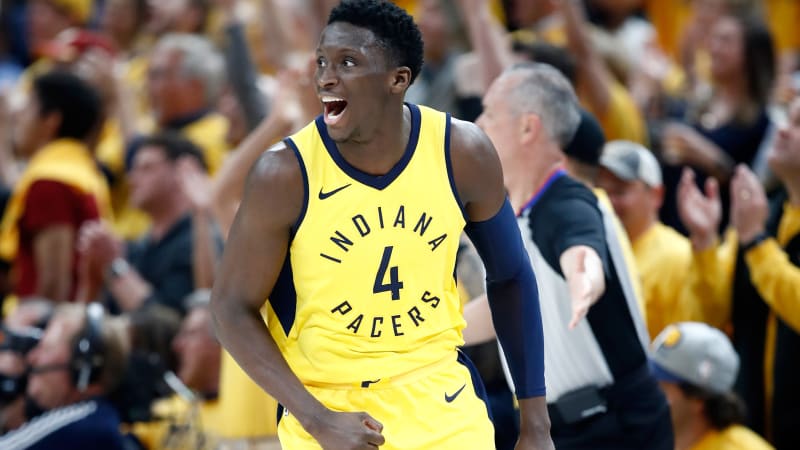 Before the start of the 2017-2018 NBA season, Victor was traded from the Oklahoma City Thunder to the Indiana Pacers.  Last season after joining the Pacers, Oladipo led the team in scoring averaging over 23 points per game.

For next season, Oladipo will make $21 million in salary for his on the court contributions.  It will represent year two of four on an $85 million contract he recently signed.  Next season’s salary will push Victor Oladipo net worth even higher, close to the $20 million mark.

A 26 year old from the state of Maryland, Oladipo played his college ball at Indiana University.  Coming out of high school, he was a consensus three-star recruit.  He played a total of three seasons for the Hoosiers before deciding to turn pro.  During his final season with the team, he earned the Big Ten’s Defensive Player of the Year Award while averaging close to 14 points per game.

For his performance during the 2017-2018 NBA season, Oladipo continued to rack up the awards.  He won numerous awards for his performance last season.  He was the recipient of the following: NBA Most Improved Player, NBA All-Defensive First Team, NBA All-Star, and All-NBA Third Team.

After such a solid performance last season, the Pacers have high hopes for their rising star.  He is expected to lead the team both on offense and defense again this season.  With three remaining seasons on his current contract, the Pacers shouldn’t have to worry about their star leaving to another organization.

When Oladipo completes his current NBA contract in 2021, his career earnings will top $100 million.  At the conclusion of his contract Victor Oladipo net worth could easily be around the $35 to $40 million mark.

If he continues his trajectory of performing at a high level, Victor could cash in on a large payday after the 2020-2021 season.  Most likely he will be eligible for a max extension that could pay him in excess of $40 million per season.

FOR MORE BASKETBALL PLAYER’S NET WORTH CHECK OUT THE FOLLOWING: