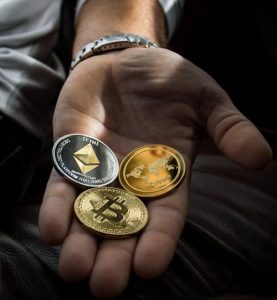 With thousands of cryptocurrencies in the markets, it’s easy to lose sight of which to invest in. Ethereum, released in 2015, has exhibited positive growth for the most part with a few blips along the way. But should you invest in it? Here’s what you need to know.

Founded by Vitalik Buterin, Ethereum is a blockchain network which makes it possible to use cryptocurrencies for decentralized applications and smart contracts. Ethereum stands to automate several processes which could make business transactions easier to carry out.

With an all-time high of $1,448.18, one may wonder why its price has reduced to lows of $146.84 and even $83. In stock markets, such a percentage drop is as good as “short.” Several factors can affect the value of Ethereum including decentralized applications, ICOs, and market sentiments towards bitcoin.

Challenges of Investing in Ethereum Cryptocurrency

As the second largest cryptocurrency in the market after bitcoin, Ethereum has many opportunities for growth but also challenges.

Its 91 percent drop from all-time highs speak to its struggle to recover from the bear market. Despite corrective rallies, the cryptocurrency’s volatility is of great concern. Its volatility has been caused partly by the nature of ICOs.

Many ICO projects raised their funds using Ethereum which they liquidate to hedge against the bear market. The ICO boom took place between November of 2017 and March of 2018. ETH was valued at $300 and by January rose to $1,400. By March of 2018 when things got a bit shakier in the markets, the value began to decline.

The volatility of Bitcoin is equally as concerning for Ethereum. Altcoins like Ethereum tend to follow similar price trends to Bitcoin. When the markets are up for bitcoin, Ethereum usually follows.

Competing projects with cheaper and faster networks appear to get the job done and make sure they communicate their achievements with wider communities. Tron, for example, can handle 2,000 transactions per second in contrast to Ethereum’s 25. Many decentralized applications have migrated from Ethereum to other blockchain networks like Tron, citing scalability issues.

Build and They Will Come?

Ethereum takes more of a build, and they will come approach. In the long-run, this may be more beneficial for the project. Thus far, its core team have not come under scandals like some other projects have. Additionally, the complexity of blockchain networks is such that it often takes a long time to build solutions that make blockchain networks more scalable and efficient.

While Ethereum seems to be taking its time to be more scalable and efficient, it could prove to be a wise decision in the long run. Many projects that claim to have “blockchains” that carry out thousands of transactions per second are usually not blockchains at all, hence their quick “solutions” for the markets. Looking under the hood of many competing projects shows many technical deficiencies which if publicized could be detrimental for them.

With Ethereum’s incoming network upgrade, it stands to prove that technical fundamentals always beat “tawk.” Despite negative press on his lack of communication on Ethereum’s development, Vitalik Buterin has taken somewhat of a stoic approach to criticism. He appears to understand that without a dependable, scalable, and faster blockchain network, the power of marketing can easily be undermined. He remains focused on development rather than marketing.

Despite the many obstacles ahead, the Ethereum community, supported by many developers who genuinely want to change the world, continue to make several solutions to financial inclusion challenges as well as business practices. Many of its developers are happy to play the long game in contrast to many ICO projects on it. These contrasting directions can easily taint the image of the network, distracting on-lookers from the true value which if built, could create a new dependable financial system that is not as easy to manipulate. The community, like any other community, is no stranger to internal conflicts. Yet, its leadership has maintained a theme which encourages a long-term view to achieving success.