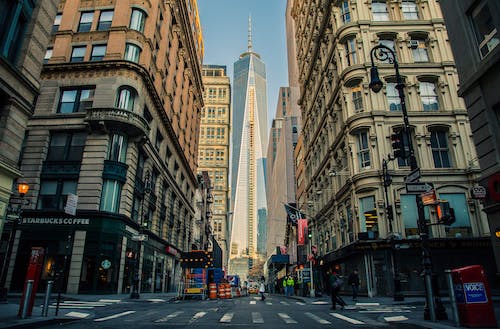 Warren Buffet is one of the most successful investors in history. The CEO and Chairman of investment company, Berkshire Hathaway has spent his career redefining what it means to be an investor. He has shown the different approaches which many of us can use to improve our investments.

Mr. Buffet has been investing since he was a child. At the age of 11, he used money he earned from his paper route to buy farmland in his home state. He bought a 40-acre farm with the money  saved up, hiring a tenant farmer to work on it. By the time he was a college graduate, he had had made $9800. To Mr. Buffet, saving and investing money came easy. It was his hobby. He attests to this being one of the reasons he is rich today.

Warren Buffet didn’t stop there. After college, he worked as a stockbroker. As a stockbroker he was able to create formidable partnerships which helped him to become a millionaire at 31. Some of his money was invested in a windmill manufacturing company and a textile company. The textile company would eventually become the Berkshire Hathaway we know and love today.

How Warren Buffet Did It

The legendary investor encourages people to live below their means. He still hives in his home in Nebraska which he bought for $31,500 in 1958. Also, he has been known to drive an older, modest car which he uses to buy his meals at a McDonald’s drive-thru. Despite being a regular face on Forbes list of billionaires, Mr. Buffet chooses to live frugally, saving his money for lucrative investments.

Instead of spending first and saving the remainder of one’s income, it is much more beneficial to set a savings goal for each month. By setting a savings goal and a specific method of saving, one can be more readily prepared to make investments that not only help to increase the amount one can spend on a monthly basis but also savings. Investors are encouraged to perceive wealth as a security against the risks of economic cycles.

Anytime Mr. Buffet has surplus cash around, he is unhappy. He would rather own good businesses than have cash. Investing serves as a hedge against inflation. Overtime the value of currencies drops due to quantitative easing and other factors.

Mr. Buffet suggests that investors shouldn’t worry about understanding all types of businesses. One only needs a few good investments to make good returns. One only has to have a good understanding of a few things. This allows an individual to make more effective investment decisions as they are able to use more resources to focus more on understanding a few investments, in contrast to a much wider range of investments.

Investing in a business one doesn’t understand is like trying to take a shot in the dark. Businesses are increasingly complex. As rivers of data flood the internet, investors are tasked with staying on top of more details on their investments. It is difficult to make well-informed investments even with years of experience in investing. Sticking to one’s domain can serve as one of the best ways of gaining the in-depth knowledge required to make strategic investments that are not too risky.

When investing in stocks, it helps to consider whether or not stocks provide dividends. Most of Warren’s stocks pay dividends. Over the years, he has made billions in dividend from his stock investments. The income made from dividend stocks is predictable. It is a shareholder-friendly way that companies may use their profits.

In his words, “I insist on a lot of time being spent, almost every day, to just sit and think” . A successful investor, in most cases, read a lot of information on their investments. Combined with experience in investing, reading can help to reduce impulse decisions.

To be a successful investor, one has to exercise patience to weather the fluctuations in the value of their investments that may occur. Buffet reminds us that long-term the stock market will increase in value. This is the type of approach to investing that made Mr. Buffet the biggest gainer among the wealthy in 2016, with $12 billion added to his already massive fortune.

Anything can happen in markets. That is why Warren Buffet advises against borrowing money to make investments in the stock market. He reminds us that the markets aren’t guaranteed to open tomorrow. As an investor, one should focus on the business rather than focusing on the price. He believes the investment should produce something. Asset classes that don’t exhibit this may need to be approached with caution.

One should perceive stocks as pieces of businesses rather than movements in price. With this perspective, one can have a better appreciation for the viability of shares, considering the core factors affecting price.